The crisis within the ruling class deepens. The continuing struggle within the British establishment and state regarding Brexit and the extent of the relationship or separation between Britain and the European Union continues to expose the deep fissures within the British ruling class and within British social democracy.
This crisis within the European Union has also exposed the subservient relationship of the Irish ruling class towards the EU. The Irish establishment are being increasingly exposed as vassals of the EU, and have allowed the Irish national democratic question to be used as a foil by all sides, both pro and anti-Brexit forces within Britain, and by the EU.
Neither side in this struggle cares for the working class of Ireland: they are simply using the imposed British border in Ireland as a means to an end, to secure their own interests.
The CPI continues to assert its long-held position that the only lasting solution is to end partition and to end the domination of both British and EU imperialism. What is becoming clearer is that many business and farming interests, particularly from a unionist political background, as well as business interests throughout the whole country, now see the all-Ireland economy as being in their own material interests. 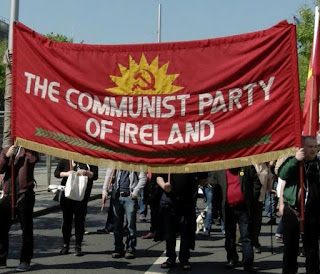 The CPI reasserts its view that it is opposed to any border across our country, or the use of divisions among our people, as a blocking mechanism, and that any boundary between the British state and the European Union should be at the borders of Britain itself.

The CPI calls for the unity of all those forces that oppose imperialist domination and calls on them to work together to build the forces necessary to take advantage of the crisis within the British ruling class and a bankrupt Irish establishment to push forward the demand for ending division and partition, to articulate the possibilities of what a new Ireland would hold for the working class of Ireland.