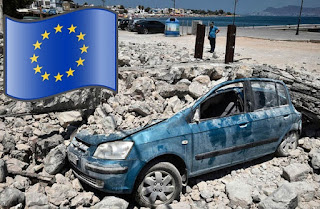 The EU denies to provide any kind of compensation to the victims of the 6.6-magnitude earthquake that had strucked the Greek island of Kos last July.

That is the assumption of a response given by the EU Commission to the Communist Party of Greece MEP Kostas Papadakis who had submitted a written question for the issue.

More specifically, Papadakis' question (22/7/2017) to the Commission was the following:


"The massive earthquake in Kos, which has claimed the lives of two young people, inflicted dozens of injuries and caused major damage, has revealed a lack of planning when it comes to earthquake engineering and monitoring, not only on the island of Kos and in the surrounding region, but throughout the country as a whole. It has also emerged that, over the years, neither the successive Greek governments not the EU have chosen to give priority to earthquake engineering projects, owing to the lack of sought-after financial returns on major capital investment.

In order to safeguard human lives without delay and provide immediate relief to earthquake victims: 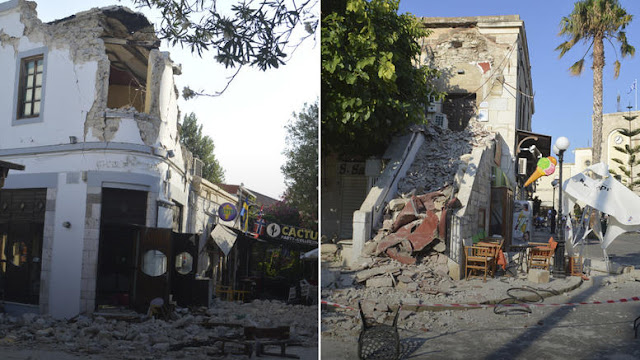 The response (18/8/2017) came by the EU Commissioner for Regional Policy Corina Crețu who ruled out any compensation to the earthquake victims. The response is the following:

"The EU Solidarity Fund (EUSF) can only be activated if the Greek national authorities submit an application within 12 weeks of the occurrence of the disaster demonstrating that total direct damage exceeds 1.5% of the affected region's gross domestic product. Kos belongs to the Notio Aigaio region for which the damage threshold to be exceeded is EUR 90.7 million. The Commission cannot activate the Solidarity Fund upon its own initiative.

At this stage, the Commission has no official information about the size of the damage caused by the earthquake affecting Kos or whether the Greek authorities intend to submit an application.

If the EUSF is activated, it can be used for public emergency and recovery operations, including the restoration of essential infrastructure and the securing of cultural heritage. Retroactive financing of such activities undertaken in the immediate aftermath of the disaster is possible.

There is no instrument at EU level to compensate damage to private homes and businesses."