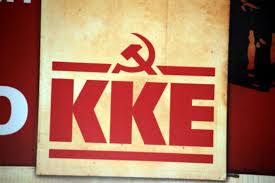 Today, all these political powers utilize the result of the referendum in order to pose as- supposedly- vindicated: The SYRIZA-ANEL government in order to continue the- bankrupt- fairytale of the "hard" negotiation and of her "good" memorandum. ND, PASOK and the other political powers of "YES" in order to "whitewash" their antipeople policy and their vote for the 3rd memorandum. The political powers which splitted from SYRIZA, in order to hide that, for months, from governmental positions, they were cultivating illusions that the EU can change and reassuring the people that their government will not sign memorandums, while today they continue the deception by propounding as an alternative solution the capitalist Greece with a national currency.


The real, class-based NO of the working people and the popular strata to the - without expiring date- antipeople measures, can only be expressed through the labor movement and their social alliance, against all governments of the capital, in rupture and clash with the capital and its imperialist alliances, such as the European Union".