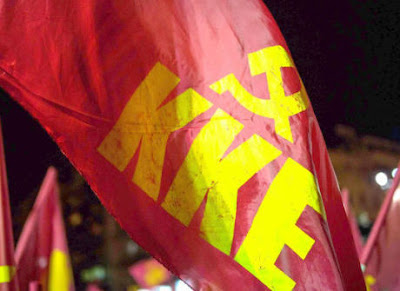 The Total Vindication of Greek Communist Party's Positions.
By Nikos Mottas.
Republished from mltoday.com.
The Tsipras' Memorandum [set of austerity policies]  the "First time Left" [1] Memorandum, is here. Seven months after his election to  government, in the midst of summer, SYRIZA brought a third austerity memorandum – a package of barbaric antipeople measures which crushes what yet remains after five years of crisis and austerity. The "Left" of Mr.Tsipras proved in pratice that is the "Left" - as the Italian auto magnate Giovanni Agnelli used to say - "which can do all those things that the Right cannot do".
In other words, it is the kind of "Left" that can say "No" and actually mean "Yes", that can verbally "tear up the memorandums" and in practice sign new, even more barbaric anti-people austerity measures,  manipulating and trapping people's consciousnesses with fake choices , disorientating the working people for the sake of serving the interests of the bourgeoisie.
From the latest developments, the people – especially  progressive, left-wing people, the ones who trusted SYRIZA in the last elections, who enthusiastically voted "No" in the fraudulent referendum of Mr.Tsipras – must come to some conclusions. Not only regarding the character of SYRIZA as the new social-democratic pillar of a bourgeois political system in the process of  being re-shaped.  But also, regarding the character of the capitalist crisis itself, as well as for the real nature of the EU as an imperialist, pro-monopoly international union hostile toward the  interests of European peoples.
Read more »
Posted by In Defense of Communism

Mario Sousa- Lies concerning the history of the Soviet Union

From Hitler to Hearst, from Conquest to Solzhenitsyn. The history of the millions of people who were allegedly incarcerated and died in the labour camps of the Soviet Union and as a result of starvation during Stalin’s time.


In this world we live in, who can avoid hearing the terrible stories of suspected death and murders in the gulag labour camps of the Soviet Union?  Who can avoid the stories of the millions who starved to death and the millions of oppositionists executed in the Soviet Union during Stalin’s time?  In the capitalist world these stories are repeated over and over again in books, newspapers, on the radio and television, and in films, and the mythical numbers of millions of victims of socialism have increased by leaps and bounds in the last 50 years.

But where in fact do these stories, and these figures, come from?  Who is behind all this? 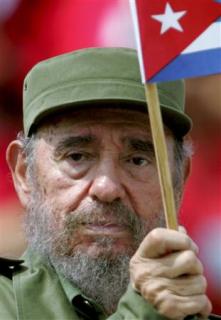 The 70th anniversary of the Great Patriotic War will be commemorated the day after tomorrow, May 9. Given the time difference, while I write these lines, the soldiers and officials of the Army of the Russian Federation, full of pride, will be parading through Moscow’s Red Square with their characteristic quick, military steps.
Read more »
Posted by In Defense of Communism