We condemn in clear words this barbaric act against the remembrance of the soviet veterans of the great patriotic war. Thus, who thinks they would protest against the war in Ukraine with such desecration, disobey the memory of the ukrainian soldiers in the ranks of the Red army too.

We call the German authorities to protect the memorials of the soviet soldiers in this time. We call the antifascists to raise their voices against such desecration". 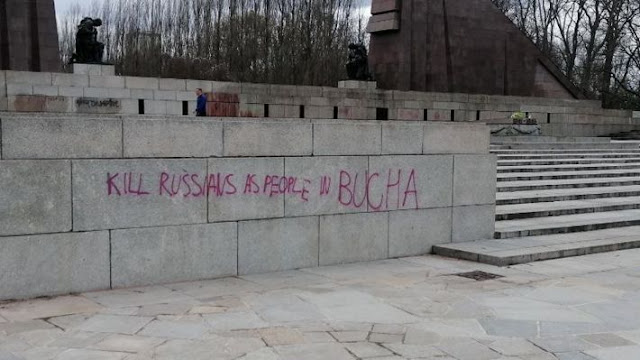 The vandalism of the Soviet Memorial in Berlin is also denounced by the Party Organization of the KKE in Germany which, among others, points out the following: "The unhistorical identification of the USSR and the Read Army with Putin's Capitalist Russia highlights the attempt to distort History. They are mistaken if they thing that the people of Russia, Ukraine and the other regions will simply forget the 70 years of their peaceful coexistence, cooperation, mutual respect, building of socialist society that strangled the snake of Nazism".