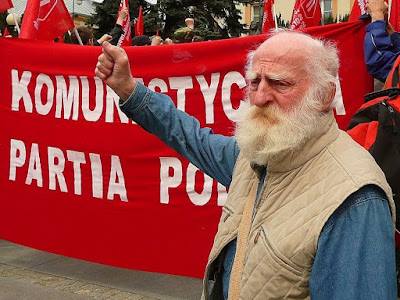 After the end of the war and the defeat of the Nazis, he returned to Poland where he joined the efforts for the reconstruction of the country. He worked as a teacher, as well as a journalist for the Polish Press Agency. During the 1960s he became a member of the anti-revisionist Communist Party of Poland which was highly critical of the then governing Polish United Workers' Party.
In the beginning of the 1990s he became a member of the Polish Communist Union "Proletariat" and in 2002 he joined the newly-founded Communist Party of Poland (KPP).

As the KPP points out, until the end of his life Jarzębowski remained active in the class struggle, being a staunch defendant of those who were repressed and damaged by the capitalist system.