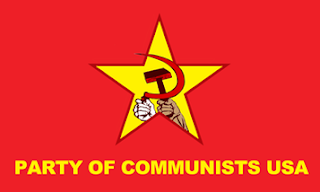 The October Revolution: A Beacon for Americans Today.
Contribution of the Party of Communists, USA (PCUSA) at the Scientific Conference in honor of the 100 years since the October Revolution.
Leningrad, August 10-13, 2017.
This year we celebrate the 100th anniversary of the socialist revolution in Russia. It was the first time that the working class anywhere in the world was able to seize and hold power. The revolution grew out of the conditions of imperialism and the First World War. Russia had been ruled by a tsar, or emperor, making it one of the most reactionary regimes in Europe.
Read more » 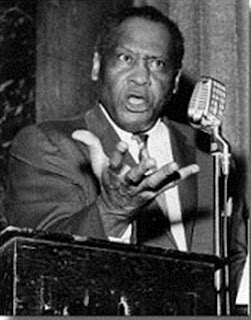 On June 12, 1956, an afro-american militant Civil Rights proponent and talented artist appeared before the anti-communist House Committee on Un-American Activities (HUAC). He was Paul Robeson, the internationally acclaimed concert performer and actor and consistent anti-imperialist activist.  In 1950, his passport was revoked. Several years later, Robeson refused to sign an affidavit stating that he was not a Communist and initiated an unsuccessful lawsuit.

We publish Robeson's testimony, honoring the memory of a great human being, a pioneer of the Civil Rights Movement for the black people in the U.S. and an honest fighter for the interests of the working class worldwide.