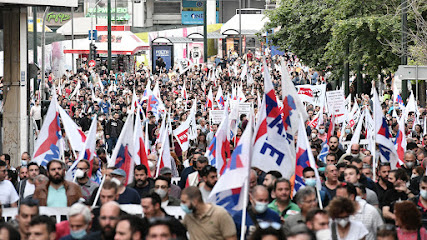 Thousands of people, workers, students, pensioners, men and women of every age, participated on Thursday afternoon in demonstrations in Athens and other major Greek cities against the Greece-USA Agreement which upgrades and extends the existing network of US-NATO military bases in the country.

The rallies were organized by the the Struggle Committee against the Greece–USA Agreement on Military Bases, with the support of the Greek Committee for International Detente and Peace (EEDYE), the All-Workers Militant Front (PAME), the Federation of Greek Women (OGE), numerous Workers' Unions and Associations, Students' Unions and other groups of the people's movement.

In Athens, thousands gathered at Propylaea, shouting anti-imperialist slogans  such as “Greece out of the imperialists’ slaughterhouse” and demanding Greece's disengagement from the dangerous US-NATO-EU plans.

A delegation of the CC of the Communist Party of Greece (KKE), headed by General Secretary Dimitris Koutsoumbas, attended the rally.

A similar protest took place in Greece’s second-largest city Thessaloniki, where thousands marched in the city center holding banners against the war and chanting slogans against NATO. “No to the wars of the imperialists, long live the friendship of the people," were heard in the streets of Thessaloniki. 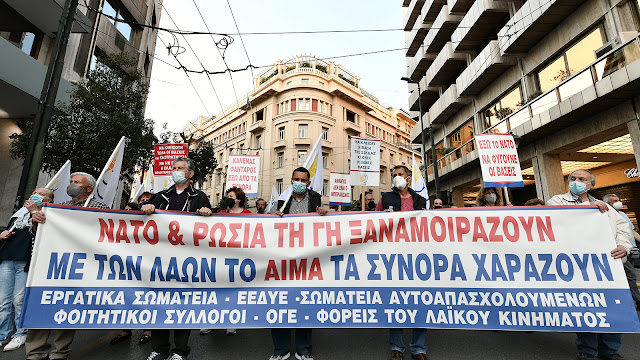 Earlier in the Greek Parliament, the KKE MPs strongly denounced the government's active participation in imperialist plans which create grave dangers for the people. In their speeches, the Communist Party deputies, including General Secretary Dimitris Koutsoumbas, stressed out that the bases are not built in order to protect Greece and the country's borders, but to serve as bases for war and interventions, to protect the interests of the big capital.

The KKE MPs also exposed the hypocritical stance of the opposition bourgeois parties, including SYRIZA and PASOK/KINAL which pretend to disagree with aspects of the ND government's policy but in fact they align themselves in the same strategic aims.

It must be mentioned that the so-called Greece-USA Strategic Dialogue, which includes the expansion and modernization of US military bases, was initiated by the social democratic SYRIZA government and has been enhanced by the current conservative ND government. 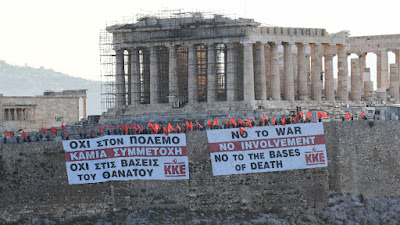 — Giant banners by the KKE in the Acropolis: "No to War, No Involvement, No to the Bases of Death"
Share
‹
›
Home
View web version