Giant banners by the KKE in the Acropolis: "No to War, No Involvement, No to the Bases of Death" 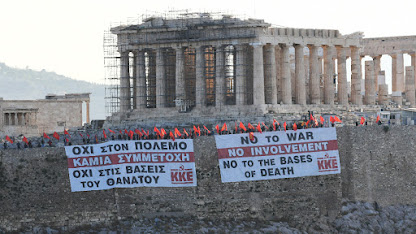 Today, early in the morning, members of the Communist Party of Greece (KKE) and KNE placed two huge banners in the Acropolis of Athens with the slogan "No to War, No to Involvement, No to the Bases of Death".

The message against the imperialist war and Greece's participation in it was written in both Greek and English.

This symbolic but powerful anti-imperialist act takes place in a day when the Greek government brings for ratification to the Parliament the Second Protocol Amending the Mutual Defense Cooperation Agreement between Greece and the United States, which includes the expansion of U.S military bases in the country.

Many demonstrations against the Greece-USA military agreement have been scheduled on Thursday afternoon across the country including Athens, Thessaloniki and other big cities. 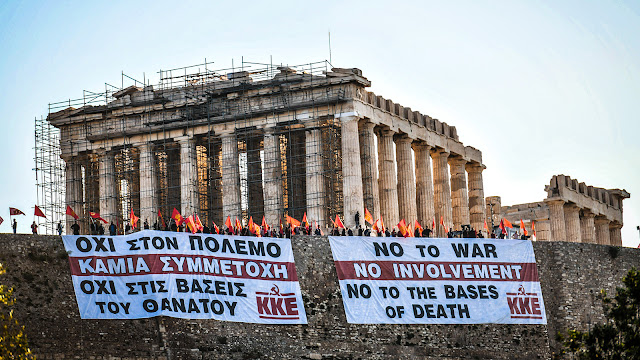