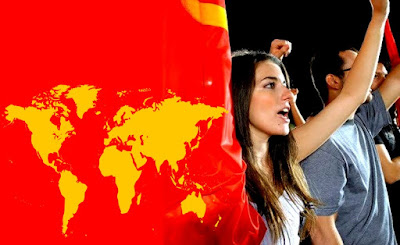 On the anniversary of the October Revolution and in the middle of a fierce pandemic, while competition among imperialists is getting deeper and deeper, the undersigned European Communist Youth Organizations will strengthen their solidarity and stand still in their determination that the only path to carry humanity away from today’s economic and health crisis is socialism.
Share
‹
›
Home
View web version