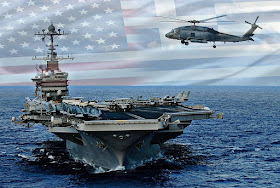 Another case that creates more concern is the recent modernization and upgrade of the military air base in Araxos, in Peloponnese, which- reportedly- will storage nuclear warheads transferred there from Incirlik NATO base. From its side, the Greek government has unsuccesfully tried to refute the transformation of Araxos into a nuclear weapons storage base.

"Since 1974 there are no- and will never be- any nuclear weapons in the airbase of Araxos" said, last October, in the Parliament the deputy Defense Minister D. Vitsas responding to a question set by the KKE General Secretary Dimitris Koutsoumbas. However, the deputy Minister was clearly lying, as far as it is documented that the U.S. had installed 23 nuclear warheads in Araxos in 1992. The warheads remained in Araxos at least until 2001 when they were secretly transferred to Italy.

In any case, the intention of the SYRIZA-ANEL coalition government to facilitate the U.S-NATO plans, transforming Greece into a huge NATO base, creates great concern and poses grave dangers for the people of the country and the whole region.